While we all are in the lockdown, my blood boils for a ride. An adventure ride. My Yeti, the BS3 Himalayan is yearning to go. The new Himalayan BS6 has got a switchable ABS, I wish I could have that as well on my BS3 🙂

Since the lockdown, it has been rather difficult to stay put. For a biker at heart, it is against my character. I take my Himalayan for grocery shopping or to buy milk when I can just walk to the nearest shop. It is a small window of opportunity to unwind, an adventure of a different kind.

While threat from COVID has still not diminished, I request all readers to stay safe, wear a mask and always maintain social distance while out there on a ride.

While being in the lockdown is not enjoyable, one of my favorite past-time has been to watch videos on YouTube, movies or series on Netflix/Amazon Prime/Hot Star etc. In doing so, I saw a series of the new Himalayan commercials that Royal Enfield has launched for Himalayan and it caught my eye and well, inspired me to write this article.

Here is the playlist, do enjoy the micro-stories!

With the advent of BS6 emission norms, I have been longing for a Himalayan with Interceptor engine. That is a long dream yet, and unconfirmed if that will happen at all. Meanwhile, we have the new BS6 Himalayan.

What’s new on the BS6 Himalayan?

When launched, the mighty Himalayan was launched in two colors – Snow White and Granite Black. While the motorcycle looked nice, with limited panel spaces it was no surprise that there were not many colors on the offer. Then, with the BS4 launch, Royal Enfield brought out the Sleet Grey.

With BS6, Royal Enfield has given us two more colors to chose from, and named them rather interestingly. Apart from the Snow White, Granite Black and Sleet Grey, the new colors are Rock Red (Black and Red), Lake Blue (White and Blue), and Gravel Grey. Both Rock Red and Lake Blue are also the only two glossy colors. 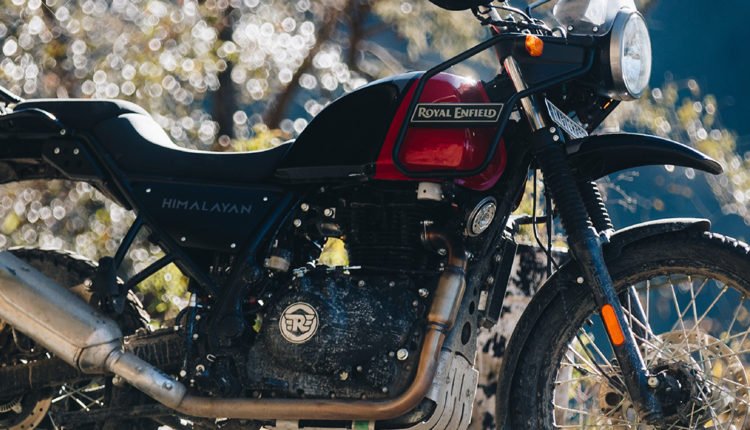 RE Himalayan Lake Blue Off Road 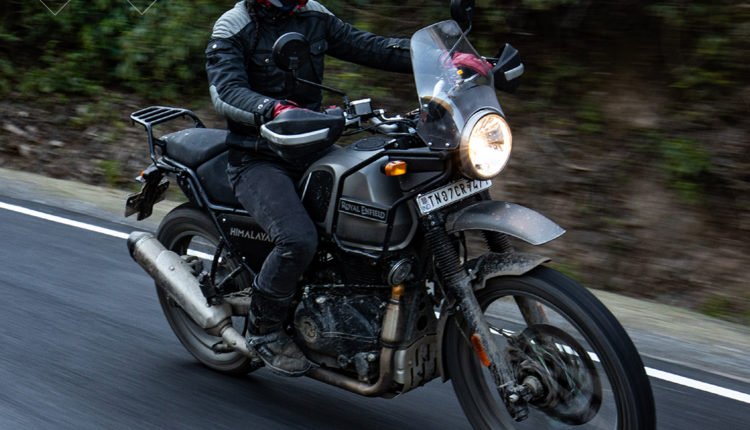 RE Himalayan Gravel Grey On Road 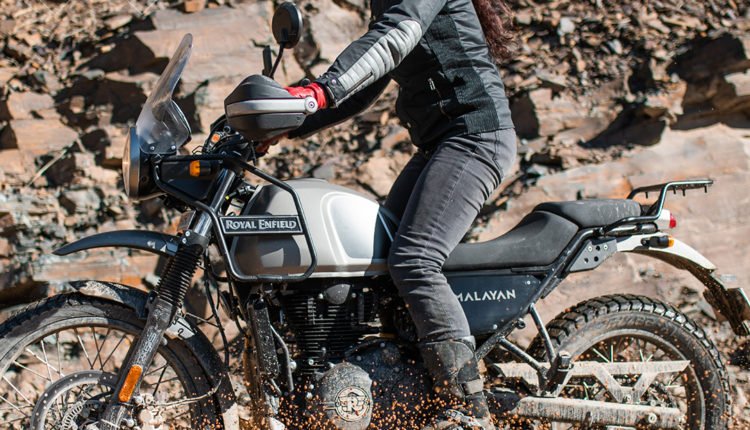 RE Himalayan Gravel Grey Off Road 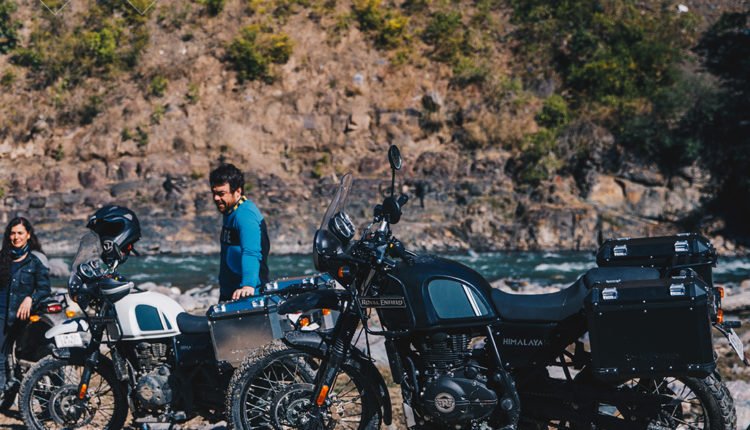 As expected, this is perhaps a bit of a bummer but environmentally very important. With BS6, Himalayan has lost 0.2 horse power, and gained 5 Kgs. With the motorcycle already heavier from BS3 (183 KGs) to BS4 (195 KGs), and now further with BS6 weighing about 200 KGs (all Kerb weight).

Hazard lamp switch is back baby!

Something that I personally felt was a terrible miss from the BS4 edition, Hazard lamp switch is back in the BS6 edition. It is however not part of the instrument cluster as was in BS3 model. Instead, it is now in the place of the conventional headlight on-off switch which used to exist before AHO was mandated. Though it may be a very small addition, it has a greater emphasis when you consider safety.

I will reiterate to people, you should not switch them on while riding and only use it when one is in a unfortunate situation. It’s purpose, globally across motorcycles and cars, is to alert people around you that your motorcycle or car has a problem.

While the earlier three are bigger improvements, Royal Enfield has managed to improve a lot of small things as well.

New side-stand design that is shorter, but better to use than previous models. Improved graphics with White back lit dials on the instrument cluster. Side panels don’t have Himalayan embossing anymore, and screams out Himalayan in stickers (just like many who modified it to that look since BS3 era).

Newly designed CEAT Grip XL tires with improved block patterns that aid in better grip for both on-road, and off-road. Overall quality improvement – RE has listened to customer feedback, time and again in case of Himalayan.

One of the biggest improvements that you will notice between BS3, BS4 and the BS6 Himalayan is in the breaking department. Although RE has not publicly revealed what changed but looks like a huge tweaking around of ABS is in the offing.

While we all know how much Anti-lock Breaking System (or ABS) is important for safety, even on two wheels. However, any off-roading enthusiast worth his or her salt will know the value of switchable ABS. Switching the ABS off allows the rear wheel to lock, and lets the you drift when riding off-road. Now that has to get you exciting, in ‘it?

With switchable ABS, Himalayan can now truly be much safer motorcycle both on-road and off-road. Still, longing for my next adventure ride, while I wish you all safety in this unprecedented crisis that we have to face, defeat and emerge victorious.

Where will you take your Himalayan for the first ride after COVID? Let me know in the comments below.

So what do you think about this article? Cancel reply

This website uses cookies to improve your experience. We'll assume you're ok with this, but you can opt-out if you wish. Accept Read More